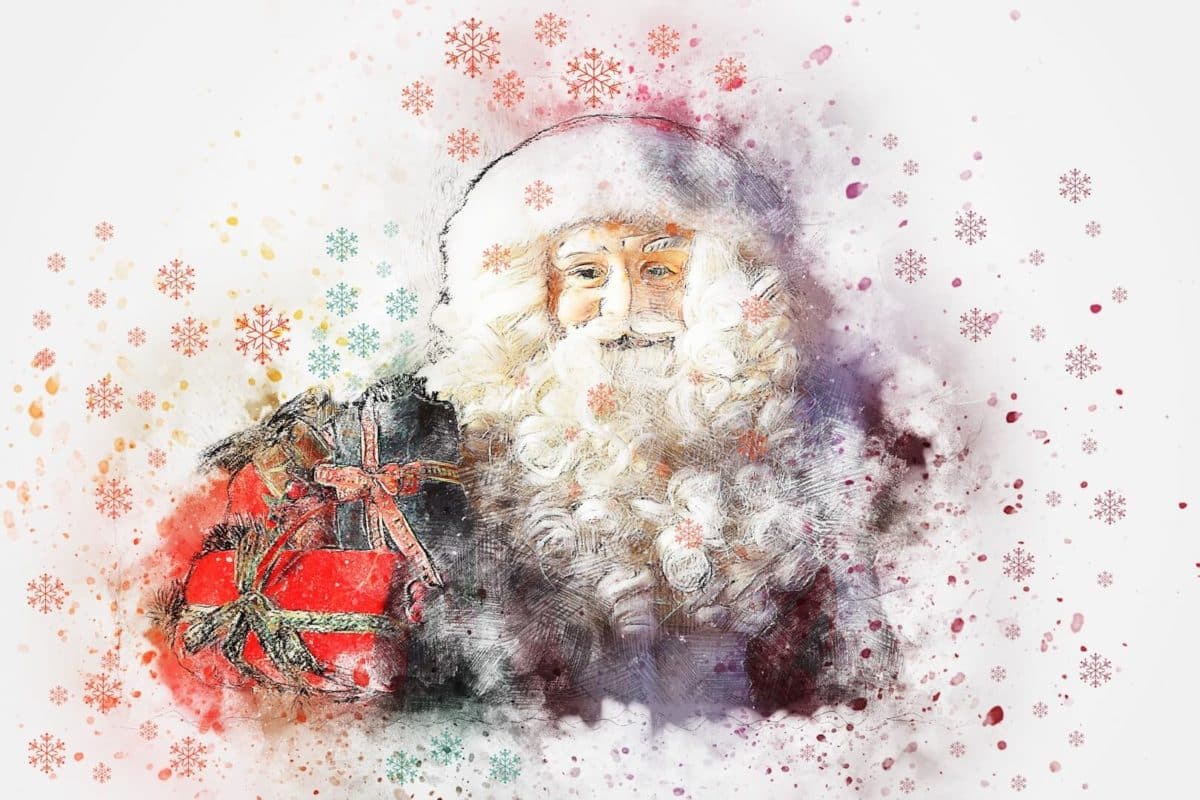 Santa Claus is an iconic figure in the United States. From the name “Santa Claus” to the likeness of a jolly fat man in a red suit, everyone immediately recognizes the famous holiday figure. But who actually, has the image rights to  Santa Claus? What does Coca-Cola have to do with the old man? LAPIXA looks into one of the biggest Christmas copyright myths.

Where does Santa Claus come from?

The figure of Santa Claus goes back to the 4th century, to Bishop Nicholas of Myra. He is also better known as Nicholas, who since the Middle Ages gave gifts to children and the poor on his death. In 1821, one of the first descriptions of the Santa Claus we know now can be found in a poem by William Gilley. In it he described Santa Claus dressed in fur and riding on a sleigh pulled by reindeer. In 1863, a drawing was made by the cartoonist Thomas Nast for the magazine Harper’s Weekly. He portrays Santa Claus as being chubby, funny, with a long white beard, together a reindeer pulled sleigh on a roof. The appearance of today’s Santa Claus was set. When asked to paint some of his works, Nast chose the iconic red and white colours we know today.

Who is allowed to tell the Nativity story?

The Nativity story – the story on the birth of Jesus of Nazareth – can, of course be told to everyone. However, versions or translations that are protected by copyright may not be publicly posted or duplicated.

Why does Coca-Cola matter?

In 1931, the graphic artist and cartoonist Haddon Sundblom was commissioned to draw Santa Claus for an advertising campaign. His first image, below, “My Hat’s Off to The Pause That Refreshes” – 1931 was one of the first depictions created by Sundblom. He used his old friend Lou Prentiss as a live model as a basis for the face, and when he passed away he turned to the mirror and used his own face. Each year until 1966, Sundblom painted Santa Claus for Coca-Cola’s advertising. Sundblom’s depiction of Saint Nick in his red & white suit with his white beard became so prominent that it is often incorrectly attributed to Coca-Cola. Did Coca-Cola invent Santa Claus? No of course not. Did Coca-Cola help us see Santa Claus in the form we all know so well today? Definitely!

You can’t copyright an idea, however an expression of an idea is a copyrightable work. Copyright subsists upon the moment’s of a works creation and lasts the author’s life, plus seventy years (in most places). Santa Claus, as well as his friends Rudolph, the Easter Bunny and the Bogey Man, alone is not copyrighted – but the paintings of Haddon Sundblom are.

Thousands of pictures are stolen every day, of course even at the best time of the year. Just as you insure the camera you might get under the tree, why not insure your copyright? Log in to your LAPIXA account now and protect your copyright.

LAPIXA wishes you a Merry Christmas!